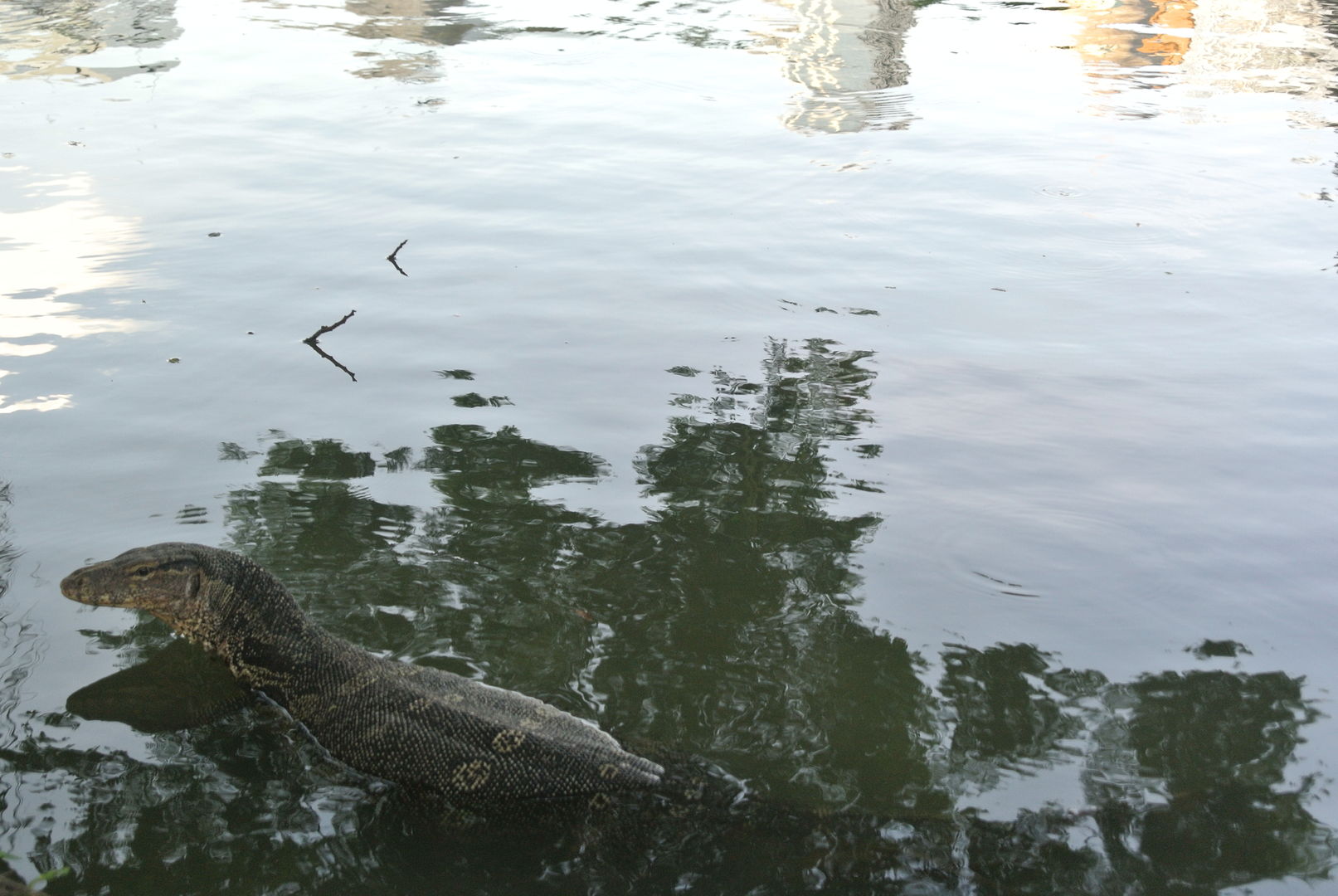 Thailand is home of a species that always impresses the neophyte, the Malaysian monitor lizard. This lizard or rather this saurian likes the city as much as the countryside … Let’s check him out. 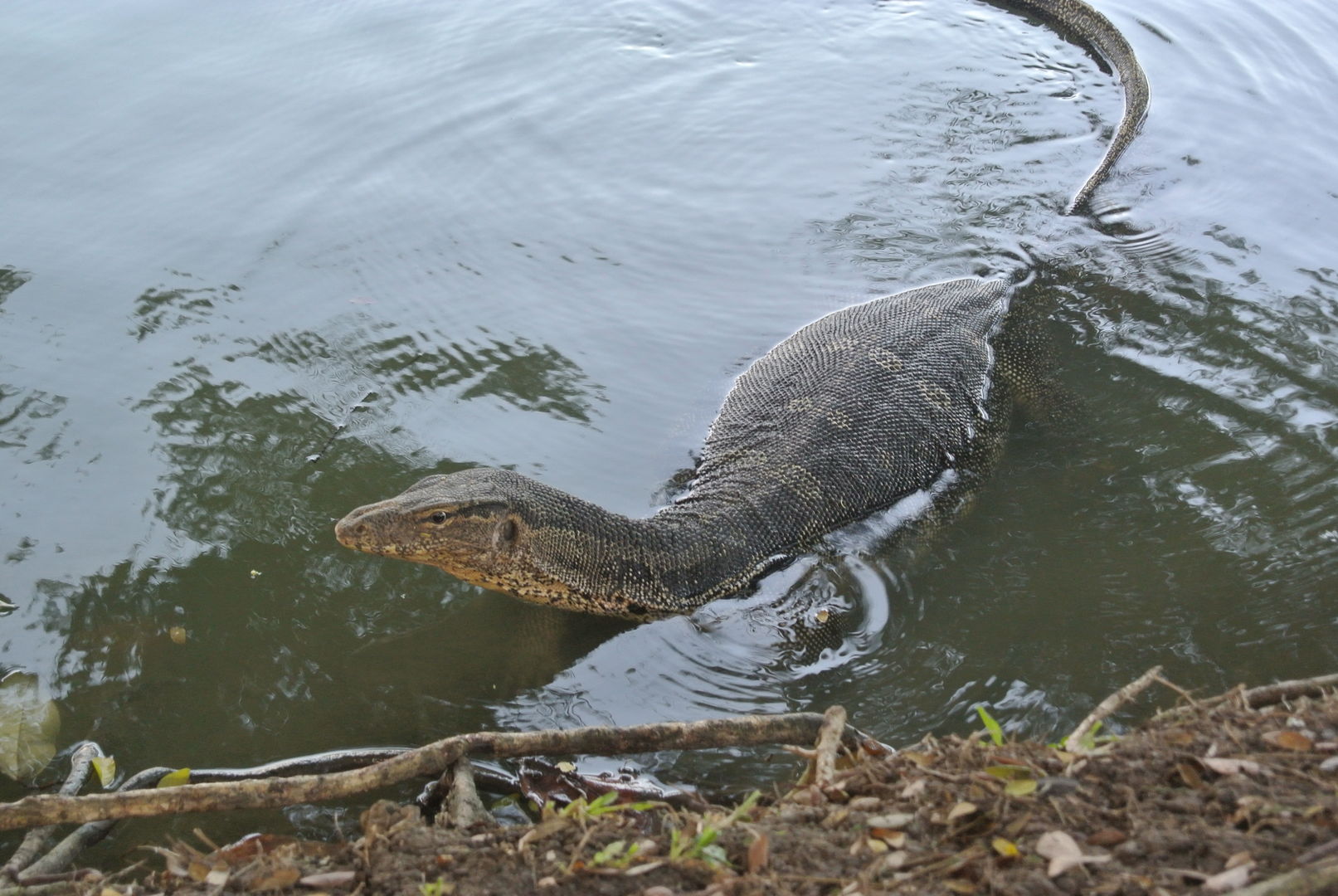 The Malayan monitor, by its scholarly name Varanus salvator, is a beast that doesn’t leave you indifferent. Far from the lizards that can be seen in Europe, the Malayan monitor can reach 3 meters long and weighs 60 kilos. Not bad. This mastodon, which is generally around 2 meters, lives most of the time in the water. He spends its nights there and always nests along rivers, lakes or in swamps. Therefore, he is perfectly at ease in Thailand and even more so in the rainy season. This period is the moment of reproduction, the season that the female Saurian lays eggs- yes, the monitor is oviparous –laying about thirty eggs, safe from predators.

The life of monitor is sometimes complicated, because beyond its natural predators, is additionally the most stupid of all, humans. 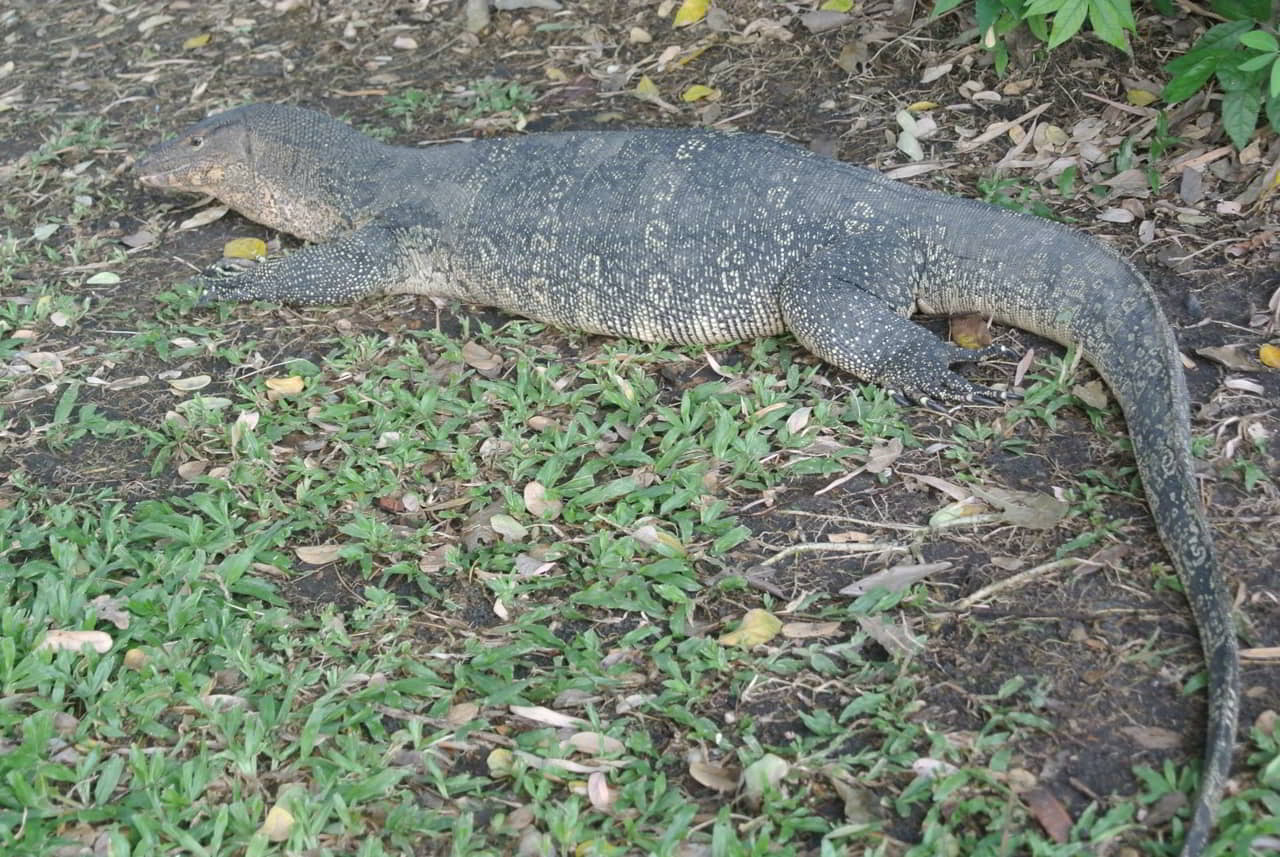 Although protected in Thailand, the monitor is hunted by some Thai poachers. It is then sold on the Chinese market … It will end up dried on sticks, then in powder or sliced for infusions or dishes from another time. Some will be kept in captivity and others stuffed like lucky talismans…

The Malayan monitor is, however, harmless. He especially likes to eat fish, insects, small birds, eggs, some herbs and carrion. It has a varied diet and is not pick, particular.

There are many stories of attacks by humans attributed to the lizar. He is attributed many stories about attacks by humans but in fact it’s not true. These stories are often due to confusion between the Malayan monitor and the Komodo monitor. Close cousins, the Komodo monitor is bigger, more aggressive and much more dangerous for humans. Both have a strong jaw. However, that the Komodo has saliva filled in excess with bacteria and other tricks that infects anyone bitten.

This common amalgam between the two species can be illustrated by a story reported by the Bangkok Post. During Barack Obama’s first visit to Bangkok, the Thai security service was suddenly alerted to gunfire from a hotel’s garden, where the head of state was staying. In fact, it was about the American security service that had seen a lizard move nonchalantly. Seeing this big lizard as a substantial threat, like a swamp Godzilla, the cowboys fired on the monitor that had come, as usual, to be in the shade. 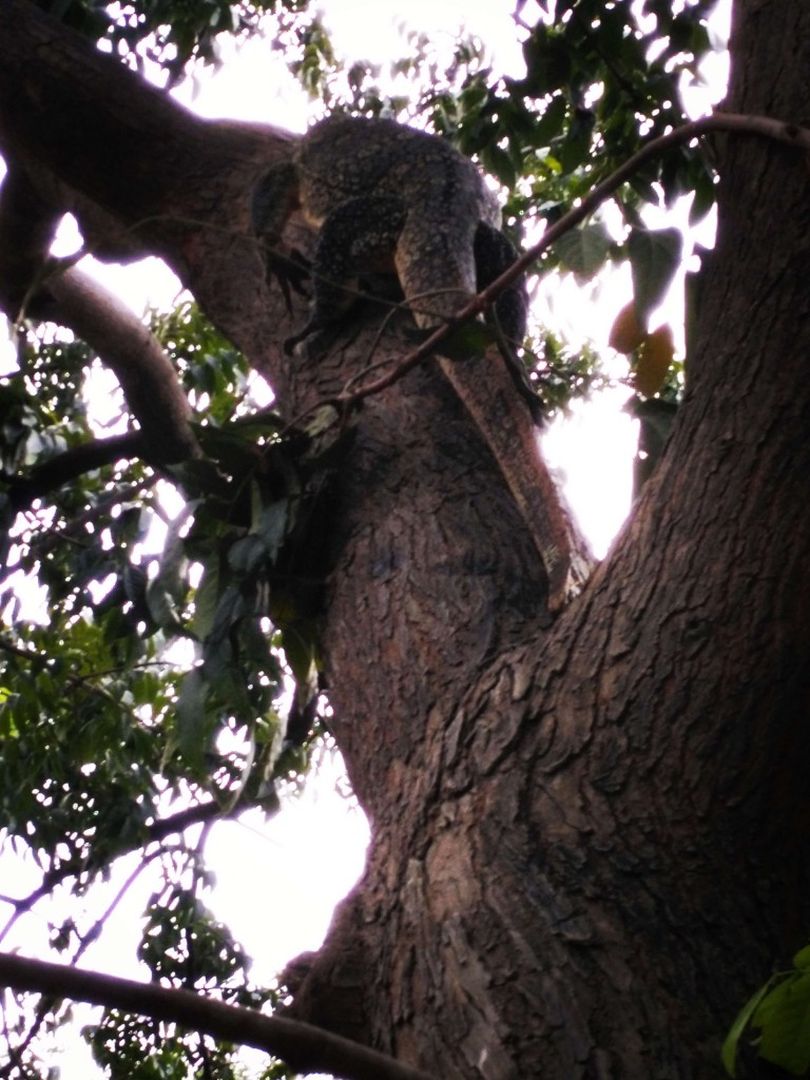 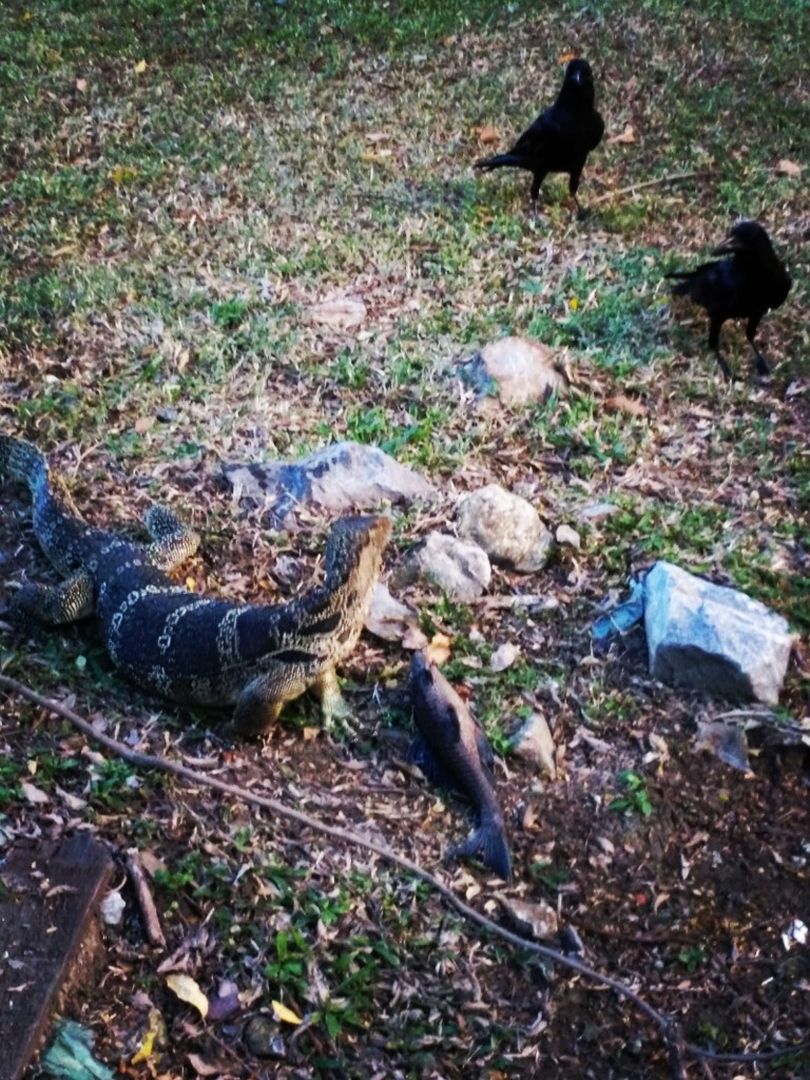 Where to see Malay lizards or two-lane monitor

As soon as there is water, in Thailand, the monitor is not far … but the monitor lizard density is higher on the Kwai Noi and Kwai Yai rivers and especially in the Kanchanaburi province. If you are in Bangkok, you will see the lizard in all public parks with a water source such as Lumpini Park, Prapradaeng Park or not far from the khlongs. Warning), monitor lizards are excellent climbers. At Lumpini Park, have a look in the trees by the lake. Indeed, some of them like to observe the tourists who are looking for these damned lizards … 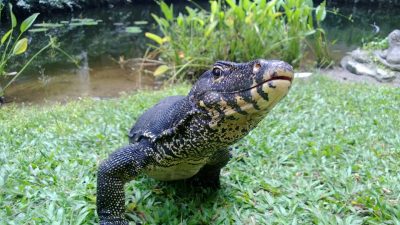 Koh Chang : where to stay ? Hotels, the best plans
Where to stay on Koh Chang? Which part of the island to choose? What is the impact of the Covid on the hotel structures? All the information you need to optimise your trip.

Makha Bucha: a traditional celebration
Makha Pucha is one of the most important Buddhist celebrations in Thailand. Presentations and essential information so you don’t miss a thing.

Koh Samet: how to go there
All the information you need to get to and leave Koh Samet. Koh Samet is easy to get to from the capital and is an ideal destination for a break from the bustle of the city.

Krabi, how to come and go? How to move?
Krabi Town being the center of the province, there are several means of transportation. Overview of all possibilities to come and go, and to move in Krabi.

Bangkok's two airports
Being in Bangkok for the first time can sometimes be a quite stressful experience. Here are a few practical things you should know about Bangkok’s two airports that will make your arrival or departure smoother.